The QA Process: A beginner’s guide to the main stages, steps and tools of Quality Assurance 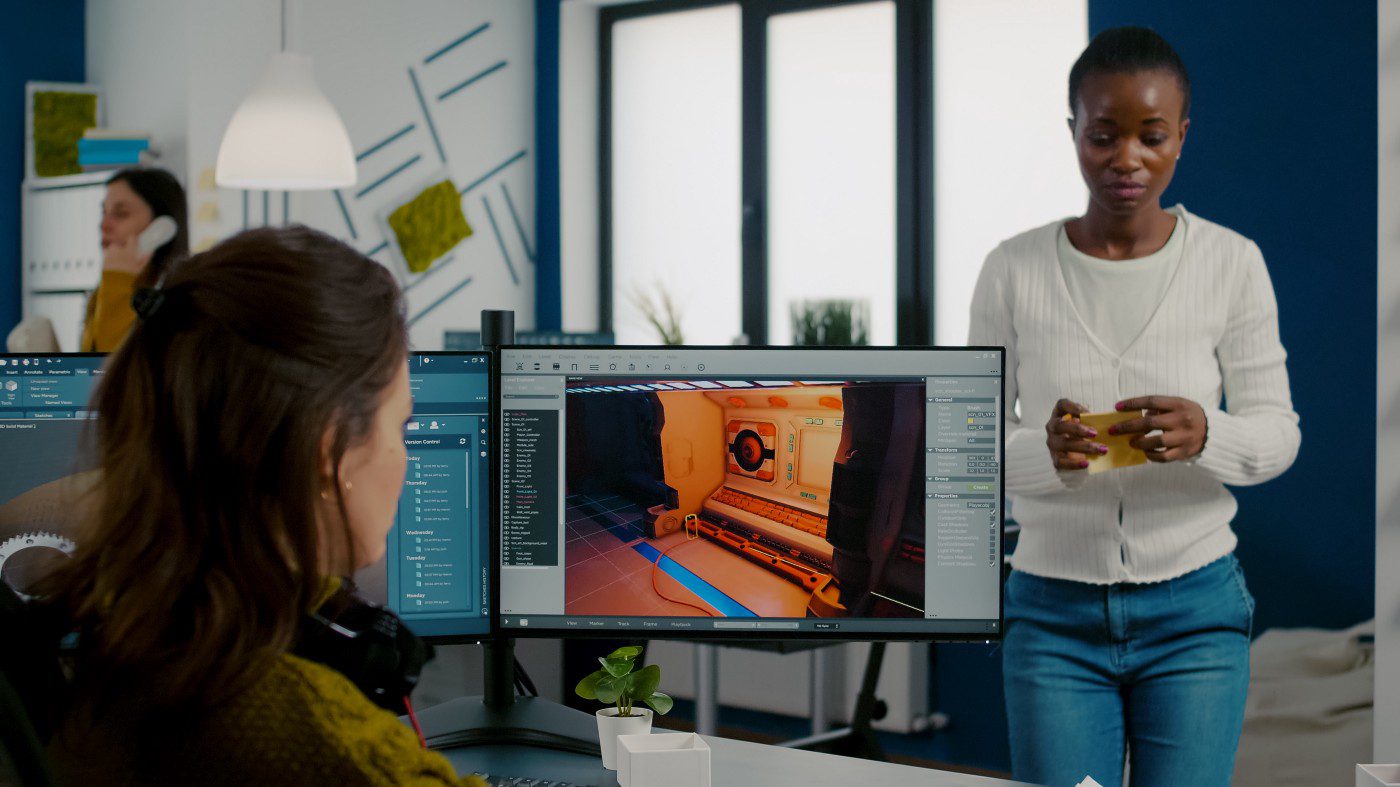 When you’re thinking about working as a tester and reading about the industry, it’s easy to become confused by all the QA-related concepts and terminology. The goal of quality assurance (QA) is to establish and maintain standards for creating reliable software solutions. The primary objective of quality assurance is to confirm that the generated product conforms with predetermined standards, and the procedure is called the QA process. It takes more than just writing programs to carry out particular tasks to develop software. A new software tool offers businesses a method to improve financial performance by altering the way things are currently done or by making significant progress toward process optimization. It requires producing reliable software with flawless operation in addition to crafting high-quality code.

What is the QA process, and how is it different from quality control?

A procedure known as quality assurance, or QA, is used in the creation of software to look for issues and work to keep them from happening at all times. This relates to project management as well, because QA testing necessitates managing a number of employees. Last but not least, quality assurance (QA) ensures that a business releases software or a product to the market that offers the best possible user experience, whereas quality control (QC) focuses on analyzing the finished product, identifying issues, and fixing them before the product is delivered to the market.

A successful quality assurance approach ensures that all team members working on a certain project interact more effectively, which decreases the development time and, as a result, lowers expenses.

Naturally, the QA testing procedure differs a little bit among businesses. However, the stages are generally the same.

The main stages in the QA process 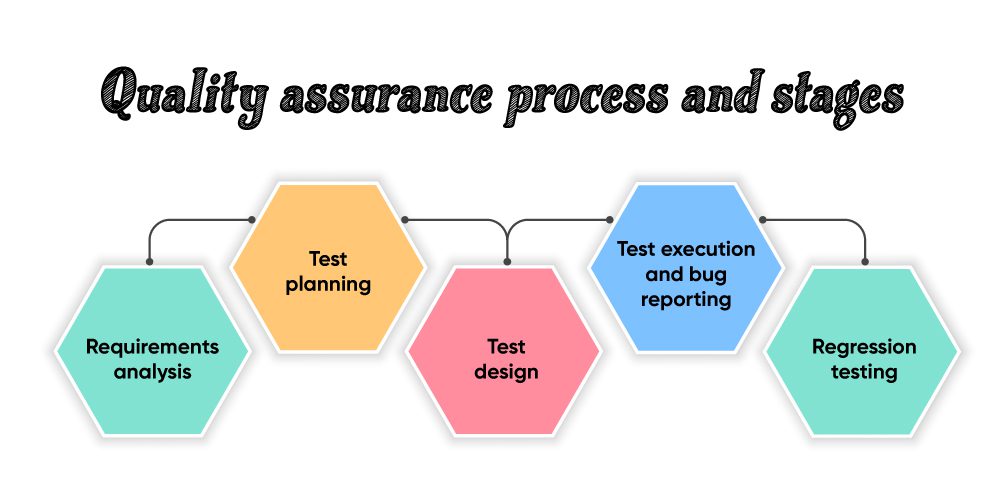 In the modern software development lifecycle, quality assurance starts right after the “requirement analysis” phase. QA professionals must assess the product’s requirements before starting their work in order to comprehend what has to be done. By reviewing the requirements, you can also make sure that the project can be tested and that the testing will be reliable, complete, and workable.

Once testers have a clear understanding of the requirements, they may begin defining a test strategy and preparing for the test. The project’s scope, budget, method to take at each stage of software development, types of testing that will be required, and, last but not least, the tools that will be used during actual testing, are all determined at this time.

The test cases are conducted by the QA team when the development stage is complete. The major objective of this stage is to determine whether the solution has been technically produced correctly and complies with the original product owner’s expectations by running various tests such as

Everything has been set up at this point for the discovery of bugs and problems. As several tests are carried out by the QA team, testers begin to submit any and all bugs they find.

After the development team resolves a problem, QA experts reevaluate the product’s functioning and carry out regression testing in cases where defects were discovered in the code that had previously undergone testing. This form of testing is typically carried out when new features are added, the current system is improved, or it is determined that the program is still functional after all the modifications have been made. 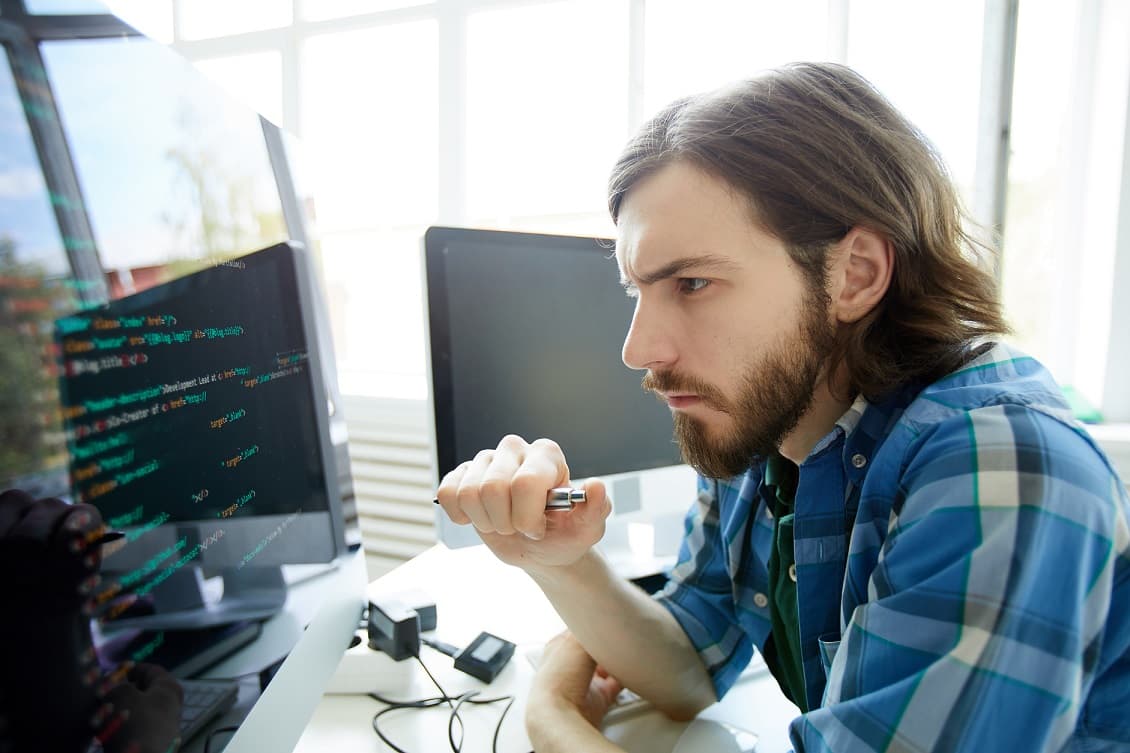 It’s time to create the test closure document after all fixes have been made, and all scheduled tests have been run. The tests conducted throughout the software development life cycle are summarized in this document.

What tests are utilized in the QA process, and which approaches are taken into account?

Now that you are familiar with the QA process, let’s discuss the many test types that can be applied to software testing. There are many different test types involved in the QA process, many of which are divided into functional and non-functional testing, even though some were mentioned earlier in the article. We’ll be looking at them shortly—not just the tests performed, but also the approaches that are taken into account in the QA process.

Functional testing is a sort of testing that confirms each software application function is operational in accordance with the required definition. By giving the proper input, confirming the output, and comparing the actual results with the anticipated results, every aspect of the system’s functionality is tested.

Non-functional testing is a sort of testing used to evaluate a software application’s non-functional characteristics, such as its performance, usability, reliability, etc. It is specifically intended to verify a system’s readiness according to nonfunctional parameters, which functional testing never addresses.

Knowledge of the source code

On the other hand, “gray box” testing, which combines both of these methods, is used by testers when they have limited information about the internal makeup of the system.

A phase of software development

This is when tests are divided up based on where developers are in the software development cycle, such as smoke testing, integration testing, cross-platform testing, and regression testing.

A couple more testing types that you may come across include:

Of course, these are not the only forms of testing performed during the QA process. Combining these with other basic testing methods clearly discussed in the article, on the other hand, can help you better understand the subject.

When tests are performed, they are classified into two types: manual and automation tests. Manual testing requires testers to execute test cases and generate test reports. While there are tests that are run by computers, which are referred to as “automation tests.” Test automation engineers are in charge of building and coding test programs that imitate user experiences and may be performed indefinitely to check the software for flaws.

Both of these tactics have advantages and disadvantages, but when combined, they produce good outcomes.

Here are some things about manual testing to consider. Manual testing is more suited for small test projects, and manual tests generally detect errors that an automated test would miss. Finally, manual testing does not necessitate a significant understanding of scripting languages and is rather simple to acquire.

Manual testing, on the other hand, takes time if testers are working on a large project, and you can never rule out the risk of human error.

Similarly, automation offers several advantages because it can be used repeatedly. It’s also useful for large projects. On the other hand, it lacks the human touch and can detect errors that are beyond the scope of its code.

QA professionals have to decide between manual and automated testing for each project.

No matter which approach or method a company uses, the final goal is always the same: to deliver the best possible product to customers. Well-established QA processes help to reduce costs, improve the overall quality of software, and bring about a better user experience. Becoming a QA professional might not be as hard as you think, as Spin Career offers courses on both manual QA and automation QA with the help of experts to help you on your journey.